23 September A New Era For iPhone with 5G -Apple Announces iPhone 12 and iPhone 12 Mini
iPhone 12 and iPhone 12 mini introduce a beautiful new design packed with innovative features, including A14 Bionic, an advanced dual-camera system, and a Super Retina XDR display with the Ceramic Shield front cover. iPhone 12 and iPhone 12 mini will be available in five beautiful aluminum finishes, including blue, green, black, white, and red.
Comments (0) details
Read More
10 September AirPods 3: release date, price, design, leaks and news
We have all the latest details on the third generation of AirPods, from release dates and pricing to design and features.
Comments (0) details
Read More
06 September Samsung Will Provide Its Display Technology for iPhone 13 series?? 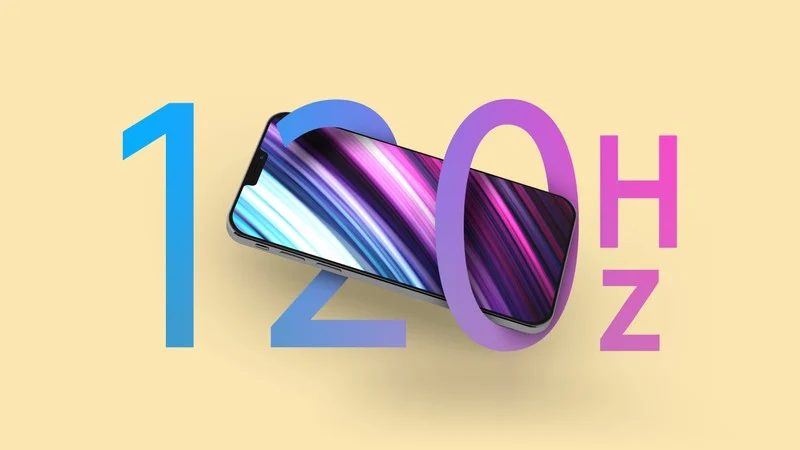 iPhone 13's cameras are expected to be improved, bigger batteries will be bigger, there will be a small notch, and iOS 15 is expected to be released.|

Several rumors have popped up on the web regarding Apple's much-anticipated iPhone 13 series, including its features, price, specifications, and more.
According to a recent rumor, the iPhone 13 series is going to be more expensive than the iPhone 12 lineup. Apparently, this decision was taken to balance out the rising costs of chip production.


We have battery life, a small notch, a Bionic chip, iOS 15, and other features to look forward to. Apple will follow up its launch with the introduction of new products including AirPods 3, Macs, and more.
Digitimes reported that Taiwan Semiconductor Manufacturing Company (TSMC), a leading Apple supplier for SoCs, will increase their prices by a whopping 20 percent, which would negatively impact our customers (including Apple) and us.

While Apple was avoiding another price hike with its iPhone 13 by using a price system that would factor in this hike and mitigate its effects on profits, the iPhone 13 is expected to have improved cameras, bigger screens. TSMC's more advanced and mature manufacturing processes are responsible for the cost spike. These price adjustments will also affect orders to be fulfilled in December this year, according to the report. The latest leaks indicate that Apple is working on Face ID hardware for unlocking the iPhone, which could work even when you are wearing a mask or glasses.

The iPhone 13 Series May Not Have…

Several scenarios have been tested by employees of the company. This has been tested by the company’s employees in various scenarios. Even after that, they are needed to set up a Face ID without a mask or glasses. The iPhone 13 is expected to have improved cameras, bigger batteries, a small notch, an A15 Bionic chip, iOS 15, and other exciting features. Its launch is expected to be followed by more Apple products, including the AirPods 3, new Macs, and more. Apple was previously expected to introduce the iPhone 13 series at a price point similar to or less than what was seen on the iPhone 12 series. Recent developments, however, indicate that the company might be reconsidering this, in lieu of the added expenses it may have to incur on the production of the new iPhones. A new report suggests that Apple is looking to mitigate an expense that will possibly be added on to its iPhone 13 series' production in the near future. The expense will be in the form of heightened costs for the chips used in these iPhones.
Right around the beginning of September each year, the buzz is all about the upcoming iPhone 13. ‘What feature will it have or not have? What will be the price?’ are just some of the questions flying around. There are also many data leaks that get the fans excited. In all of this, new information about the iPhone 13 has come out and it’s not pleasant. They’re going to be more expensive, here’s why!

iPhone 13 According To Previous Report

Previously, it was reported that the iPhone 13 series may not come with Touch ID. The hallmark development of Apple might be left behind for these series either for something better or for no reason at all. We will have to find out when official reports tell us something! The Apple iPhone 13 is going to launch soon to everyone’s great excitement. However, some rumours are suggesting it will be much more expensive than the usual price (which is already too expensive). It is going to be priced higher than usual because an upcoming chip shortage is expected. The US tech giant will be trying to prepare itself for the chip shortage by pricing the phones higher.

Why Will There Be A Chip Shortage?

Taiwan Semiconductor Manufacturing Company (TSMC) is reportedly among Apple's top suppliers, reports Digitimes. The company's chip production costs are expected to rise by a whopping 20%. This would result in a domino effect affecting TSMC, Apple, and then us. A new price hike is expected to take effect in January 2022. As a result, the phones may initially be inexpensive, but they will gradually become more expensive over time. In contrast, Apple may not be playing defense at all. Ultimately, they want to retain the profits and absorb the hike. However, we must ask ourselves to what extent these prices for phones can be justified?

The other leaks also indicate that there is a new Face ID hardware on iPhone 13. Wearing one of these makes it possible to unlock the phone mask or glasses too!

Along with the improved cameras, bigger batteries, the notch, the A15 Bionic chip, iOS 15, and more, the iPhone 13 is also anticipated to ship soon. How much will you be willing to spend on these? AirPods, Macs, and other devices will be unveiled at the same time. Do you plan to launch at a higher price?